It seemed to me there were an unusually high number of top notch new, British, TV series in 2018. That’s ignoring great returning series (hello Doctor Who) etc. And yes, it’s a bit late to be noting this – the tradition is to produce this kind of list around New Year’s eve – but I’m a slow viewer and there were so many that I was still catching up months into 2019. (This may also be due to the fact that certain friends introduced me, late in the year, to a show called Game of Thrones which it transpires is somewhat addictive…) 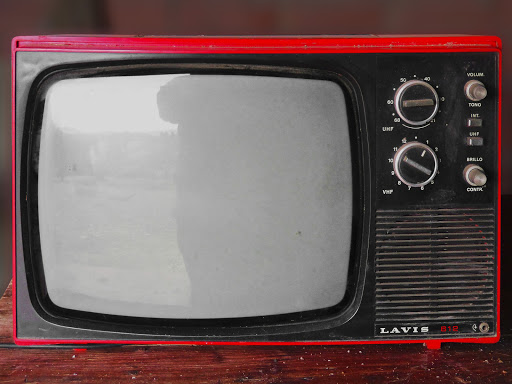 Anyway, if you missed any of them, you might want to catch up. Here are my favourites:

From the writer of Line of Duty and Cardiac Arrest, so well worth a look purely on that score, this is slick and entertaining, albeit with the number of absurd plot developments pushing sensationalism at the expense of dramatic engagement. But don’t go in with your expectations too high and it’s the kind of disposable viewing that got 11m viewers on the edge of their seats (the highest BBC viewing figures since 2008). It did get some fair criticism for playing to stereotypes with the characters in its islamic terrorist plot line. It certainly didn’t match the kind of carefully crafted character development or well-earned surprises of Line of Duty but it had enough momentum to keep me with it to the end.

Although the Getty kidnapping was only just dramatised in a cinema release directed by Ridley Scott (which I didn’t see anyway) this attracted my attention because of the involvement of Danny Boyle (and an impressive cast, including Donald Sutherland, Hilary Swank and Brendan Fraser).

It has far longer to develop the story than a cinema feature – 10 parts of 40-60 minutes each. It actually feels more like an anthology than a serial, with not only a distinctive stylistic approach from each director, but also with stories that centre of different characters and give alternative perspectives of the protracted affair.

With the stylised visuals, showy direction and a strong soundtrack, some of this feels like watching 90s cinema, although the evocation of the 70s is very strong. Swank and Fraser are superb, and Sutherland gives a performance that resonates strongly in the era of Trump.

The anthology approach also makes it a bit hit a miss, but there are enough satisfying episodes to make the series worth watching, and to feel that overall it’s time well spent.

It’s described as ‘Series 1’ but it tells the full story of the kidnapping. Apparently the concept to extend it is to explore other eras in the Getty saga (e.g. going back to the 20s). Not sure if this will happen, or if it will work…

8. The City and the City

I read somewhere China Miéville novels aren’t so much ‘science fiction’ or ‘fantasy’ as weird fiction and that seems about right to me, although I’ve not read The City and The City. However the TV adaptation is a rich and atmospheric noir, set in a city that is not just divided (Berlin-style) but actually two cities (Besźel and Ul Qoma) that occupy the same space-time coordinates. Lara Pulver is alluring as the femme fatale while David Morrisey, her abandoned husband and detective, drives forward the procedural elements whenever he finds a moment to take a break from wallowing in self-pity, investigating a murder he uncovers a secret possible third city (Orciny).

But it’s Mandeep Dhillon’s foul mouthed Lizbyet Corwi that actually proves to be the star of the series and is on her own enough of a reason to watch, although the evocative world building and Bladerunner/cold-war mashup is also worth the price of entry.

Mike Bartlett wrote the highly satisfying King Charles III that was produced for television in 2017. This isn’t quite in that league, since there are no rhyming couplets and perhaps some rather obvious archetypes staffing the Herald (thinly disguised Guardian knock-off) and Post (thinly disguised Sun knock-off) newsrooms. Also, despite a prime-time slot on BBC 1, this 6-part series almost certainly only attracted as viewers the real-life hacks (both tabloid and broadsheet) who got to enumerate its many inaccuracies over many column inches. Plus me: because I found it hugely entertaining, primarily for the wonderful Ben Chaplin’s unshamable tabloid editor. Charlotte Riley is also superb as an increasingly disillusioned investigative reporter for the po-faced Herald as it haemorrhages cash and credibility, and David Suchet does a very nicely judged guest turn in a couple of episodes. But I don’t think we’ll be enough to get it recommissioned for second run.

This 3 part account of the Jeremy Thorpe scandal is by Doctor Who saviour and all-round brilliant dramatist Russell T. Davies, so it’s no surprise it really is excellent. Ben Wishaw is reliably excellent as Norman Scott, Hugh Grant is inspired casting as Thorpe, catching not just his self-righteousness but also his mannerisms.

Once again it’s not obvious that a second series is possible, yet the BBC are already working on transforming the English Scandal into a brand, with a series by Sarah Phelps on the divorce of the Duchess of Argyll in the works.

Another taut thriller centred on a terrorism investigation, it’s hard not to draw parallels with 2018’s box office smash, Bodyguard, but in almost every respect this is different and decidedly superior, eschewing sensationalism in favour of a vastly more thoughtful exploration of radicalisation.

Paddy Considine gives a mesmeric performance as an ex-undercover officer (or just ‘UCO’ for fans of Line of Duty) now running informants with a forcefully maintained level of emotional detachment. Nabhaan Rizwan does great work as his informer. But as with The City and The City it’s the sidekick, in this case Bel Powley as new-girl DC Morton, that made this so interesting to watch. Sunetra Sarker also deserves a mention for her performance in a small role but one that lies at the emotional heart of this excellent tale.

This alternative history of Rwanda after the genocide focuses on the prosecutions of the militia leaders, fictionalising the new political leadership, but delving back into the experiences of Kate Ashby, a Rwandan who has been adopted by a Brit and become a legal investigator. Scenes from the genocide are represented by stylised animation.

There’s a hell of a cast, with Harriet Walter, John Goodman, and Michaela Coel who I hadn’t seen before superb in the lead – and it’s written by Hugo Blix of the brilliant The Shadow Line so it is a twisty and exciting as well as powerful and moving.

The Night Manager was not only excellent but the closest Le Carré has ever come to writing a Bond novel, and thus an obvious candidate for adaptation. The 2016 series capitalised on the Bondesque parallels, giving it a contemporary update, glamorous settings, stylish titles and all-star cast. It was a stunning series that equalled the book, no mean feat.

As a follow up, the producers (including Le Carré’s son’s Simon & Stephen Cornwell) adapted The Little Drummer Girl. Much as I love Le Carré’s works, I wouldn’t rate The Little Drummer Girl as obvious material to adapt. It’s not one of his best – I recently reread it, and once again I found it rather hard-going. It certainly has none of the cinematic style of The Night Manager and less of the intrigue of his early cold-war espionage series. Nonetheless, it’s Le Carré, and any kind of follow up to the TV version of The Night Manager was worth a look.

This time, the period remains strictly 70s, and there are few big names in the cast. Yet the quality shows in this adaptation, which surpasses the novel in many respects. While remaining (mostly) faithful to the plot line, is far better structured, interweaving the different strands of the story to create a much more engaging narrative. The one major deviation from Le Carré’s story (the ending) is perhaps less powerful, but it’s hard to see how those final passages (which evoke a kind of Hamiltonian bleakness) could have been conveyed on film.

Michael Shannon and Alexander Skarsgård are very good, but it’s Florence Pugh who carries the series in the title role. She gives an absolutely mesmerising performance as actress and agent. Superb.

David Hare’s 4 part thriller is technically a police procedural, but of course it’s a political thriller full of contemporary themes with a range of characters portrayed by a truly first rate cast – John Simm as an opposition front bencher, Billie Piper as his ex, Nicola Walker as his vicar friend and Carey Mulligan as the pole-vaulter turned DI.

I’d read Luke Jenning’s codename Villanelle and enjoyed it as a sensationalist page-turner featuring a fascinating psychopathic Nikitta-style assassin, but Phoebe Waller-Bridge’s adaptation took the story to an entirely different level. She adjusts and adds characters and plot lines bringing an entirely new dimension to the narrative and a level of human interest that counterpoints the extreme violence.

The cast is top notch – among the supporting cast, David Haig stands out, and Fiona Shaw had me in stitches every time she appears. Sandra Oh is excellent as Eve but Jodie Comer is just outstanding as the playful, confused, unbiddable assassin Villanelle.

Thankfully the 8 part series is just the start, a new season has been produced by BBC America this year (it went out in April on that side of the pond… we should be getting it in June over here, although it’s not clear we’ll get it as an iPlayer box set this time.)

Edit: somehow I forgot to include Black Earth Rising; now added in its rightful place.