This suspense novel was our February book club book. Psychological thrillers are not normally my thing, but this is well constructed, concerning a couple with secrets living incognito apparently for fear of discovery of something that happened 16 years earlier. 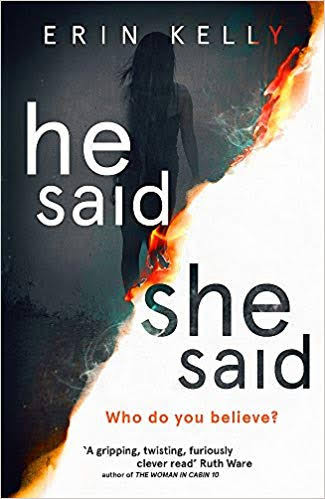 The narrative is told in first person switching between two perspective but also between two time periods, with their paranoia in the present being explained as events in the past are slowly revealed. This provides for ample cliff-hanger opportunities – although some feel contrived just to suit this structure.

I enjoyed the eclipse-chasing set-up at the beginning – and I was fascinated by the international, globe-trotting community aspect of this particular form of nerdery.

“The moon was a black disc covering the sun and streamers of plasma flared out, like a gas ring being ignited. ‘Is it safe?’ I asked Kit. I meant can I take my glasses off but the question felt bigger, too. Is it safe to be alive, on this spinning rock? Is it safe to be this small? Are we going to be all right?”

I also really liked the character of Beth right from the start (partly because I was impressed by the awesome terror she seemed able to inspire).

Our two narrators are a couple who got together at a young age (“Kit insists it was love at first sight; I think it took about twelve hours. We agree to differ” and “Kit gulped a couple of times, as if he was working up to a big speech, before mumbling into his jumper, ‘I like your hair.’”).

It’s the traumatic events that then bound them together that still haunt them 16 years later:

“On the console table by the front door sits our wedding photograph in a little silver frame. It’s a bittersweet image; two frightened kids wearing other people’s clothes on the steps of Lambeth Town Hall.”

Unfortunately much hangs on a twist which I guessed about half way into the book, leaving me waiting for the official reveal, which was less rewarding. The denouement was still suitably dramatic, even if an unnecessary and absurd twist in the final paragraph went beyond a credible physical or emotional response for a non-super-human.

Our book club book for March is When God Was A Rabbit.