Somewhere between a decade or two ago, knowing I’m a fan of Robert B. Parker’s Spenser, JP recommended a favourite PI to me: Robert Crais’ Elvis Cole. 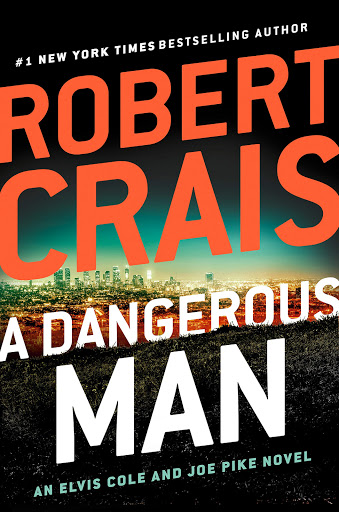 Like Spenser, Cole starts out as a self-amusing, romantic, tough and independently-directed detective, with a lethal associate who inhabits a legal grey area. The Monkey’s Raincoat was the first in 1987, and A Dangerous Man is the 18th to feature to Cole. The early Cole books are told in wise-cracking first person, but in some of the later books the lethal associate Joe Pike becomes the lead – in this one, there’s no first-person Elvis, although he does appear. (Like Parker, Crais also writes books set in the same continuity but which aren’t Cole and Pike books – but then he sometimes writes those characters into the series – I guess you’d call them spin-ons or something.)

Crais is incredibly easy to read, with punchy dialogue, evocative descriptions of LA and characters that are well-drawn. If you’re familiar with some of the back-story you get a particular insight into some of their deeper motivations. But the later books are nowhere near as distinctive as the earlier Cole-centric novels.

A Dangerous Man is a fast-moving an effective thriller, which sees Pike happen across a kidnapping. But although he thwarts the kidnappers, it’s not clear what they were after of whether the victim might still be in danger…

Crais has hit upon a satisfying formula and I still enjoy reading these even if I’m struggling to recollect any of the specifics of the story in writing this!

One thought on ““A Dangerous Man” by Robert Crais – Review”