Sometimes there’s a piece of work that has had a huge influence on many things you’ve read or watched, and yet you’ve never, somehow, managed to go back to the original to see where it all came from, and, for me, Frankenstein was one of those. I’m familiar enough with the basic premise, but I’d never actually read the novel. 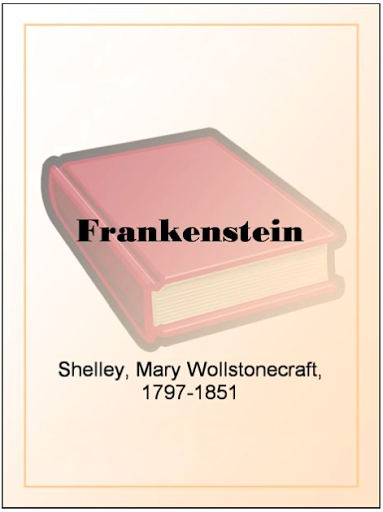 When I was preparing to co-host our Fusion Patrol discussion of Doomwatch “No Room for Error” I was aware that in their discussions of the preceding episodes Ben and Eugene had often referred to Frankenstein holding Mary Shelley responsible for a portrayal of scientists as reckless and unethical, and given that there is a strong theme in Doomwatch of technology being used without due diligence or care, I thought I’d better actually read Shelley’s original in order to be able to discuss it.

The novel itself has a curious structure, a nested sequence of a story-within-a-story-within-a-story, so it’s a while before you start to hear from Victor Frankenstein himself. And he’s not an entirely sympathetic character, prone to self-pity with a propensity to favour acts of self-flaggelation after doing something stupid rather than seeking help where he lacks competence. His attempts to behave responsibly and unselfishly actually put those he loves in harm’s way, owing to his inability to deal with the consequences of his action.

His extremely foolish/immoral/insanely irresponsible act in giving life to his monster is dealt with in a very cursory way, but Victor is not really a modern scientist in the form we would recognise; he’s a natural philosopher. But then Shelley was writing some 40 years before Florence Nightingale started taking a data-driven approach to the science of medicine – and looking back, post-Oppenheimer, on the prescience of Shelley in her warning about unintended consequences, it is remarkably impressive.

Ultimately, the novel itself didn’t excite me – perhaps because of the structure, perhaps because Victor is just so wet – but the ideas within it are amazingly resonant. These days we take the ethics processes that are a routine part of getting approval for research more or less for granted, and while various cranks may try to use Shelley’s work to criticise scientific investigations generally and without discrimination it is clear that is missing the point.

But it is equally to miss the point to claim that Shelley was maligning scientists in general, or was setting a precedent for the way scientific research is regarded, unless you take the equally simplistic view that any requirement to engage with the ethical consequences of that research is on principle an unacceptable bureaucratic constraint on the advancement of knowledge. But that would be to regard the end towards which science strives – expanding the sum of knowledge – as justifying any means toward that end. In which case it seems to me that Shelley’s insight is all the more relevant and valuable.

2 thoughts on ““Frankenstein; or, The Modern Prometheus” by Mary Shelley – Review”