Widows is one of those stories that has transcended its original form in multiple ways, but the first time I came across it was in the cinema just over a year ago in the form of the Steve McQueen film (which I thought was very good, although I didn’t record that here since I wasn’t blogging movies at the time). Its origins lie in an 1983 Thames Television series that made Lynda La Plante into the TV screenwriting legend that she went on to become, and the show itself ran to two series plus a 90s sequel and an American remake as well as the 2018 film. 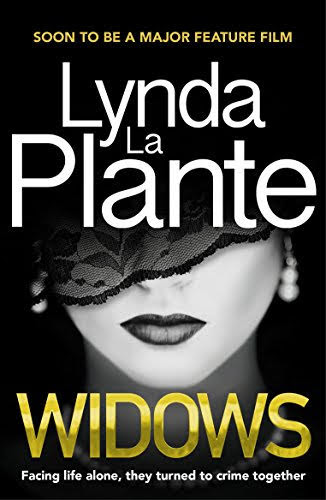 And La Plante also novelised it.

La Plante has gone on to write many novels (including a sequel to Widows) although the timing of this being novelised probably the way in which before VHS became mainstream such tie-ins satisfied the market for viewers who missed or wanted to recapture the original transmission.

Having seen the film I couldn’t help but make comparisons. I enjoyed the film a great deal, although I found a particular plot twist unsatisfying partly because of the way it had been built up – and I thought this was handled better in the book, although since you can’t be surprised in the same way twice, it might just be I didn’t have the same opportunity to be disappointed.

In other respects, since I enjoyed the narrative more than La Plante’s prose style, I probably enjoyed the film version more. The missing piece here is the ITV series, which I’d still like to see, since it is a dramatic version which shares the East London setting of the novel – and this is the big difference, since the recent film is set Chicago, and so there’s less of this sort of thing:

This must be the geezer Linda’s been getting her oats off with.

It is a decent gangster yarn and so it’s a satisfying read from that point of view – there’s plenty of momentum and so even though I knew the twists and turns of the story already, La Plante kept me turning the pages – and if anything British versions of the characters came to life more readily for me. I’m not sure I’m sufficiently invested to read the sequel, but I’ve enough interest in examining the contrasts in the different versions to experience the story one more time, in its original form.