For book group we read this forgettable if moderately entertaining fantasy which borrows a hodgepodge of ideas with very little discrimination. 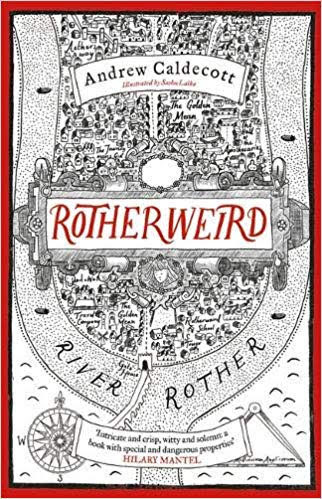 From the opening it seems to want to be a Hogwarts tale without the nuisance of the child characters – and it tries to ape Rowling’s freewheeling eccentricity, but in doing so serves only to highlight how good she is at crafting her stories – with nothing introduced without a clear explanation of how it fits and what role it plays.

Caldecott plays fast and loose with his McGuffin, the ‘mixing point’ which is introduced as a super-natural mechanism for splicing organisms together but which soon takes on the ability to do anything convenient to the plot.

He’s certainly not minimalist in story elements – there are dozens of characters, some of whom are engaging enough, for not all of whom it is possible to keep track of as they change names and/or flashback to multiple time periods.

Perhaps the significance of some of the tangents, or the motivations of some of some of characters, will become apparent in the subsequent volumes, but I don’t think I’ll be finding out.

I gave it 5/10. Not everyone in the book group managed to get through it.