I’ve taken a few days to try to unpick my thoughts about this episode. But it’s a mess. After the finely crafted Face the Raven and the near-perfect Heaven Sent, this is chock-full of themes and a confusion of ideas that need thinning out so the strongest can flourish. For much of the episode, Moffat prepares the ground for us (and the Doctor) to accept that Clara’s ending was sad and beautiful. But that doesn’t fit with another great idea – reversing the Donna memory wipe. So it gets cast aside. (I like the reverse memory wipe – respecting Clara’s agency – but I don’t like her resurrection – which didn’t, really.) 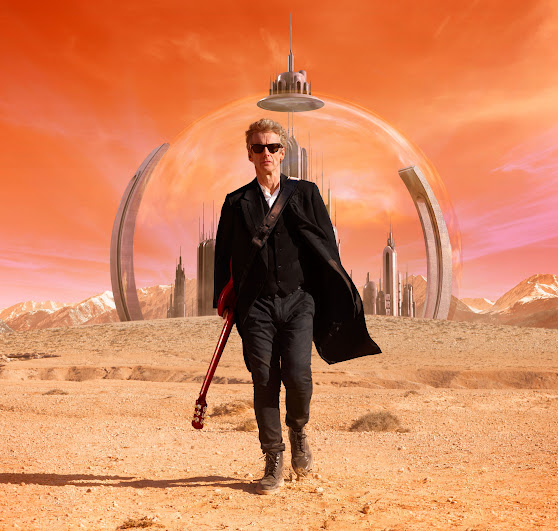 Gallifrey looks wonderful. So does Clara’s diner. The Doctor playing Clara’s theme on his guitar: beautiful. That new TARDIS set: wow. But in a busy episode, it doesn’t quite feel like it hangs all together – and while we’re tying together the now-rather-frayed loose ends, such as The Master’s role in bringing the Doctor and Clara together, it feels odd that it’s not her, but Ashildr who the Doctor is facing off at the end of the Universe. It’s a 60 minute episode, concluding a three-part serial, but it manages to feel rushed.

As well as the episode’s own weaknesses (why does it always have to be Rassilon – and if you’re brining back Rassilon, why make him so ineffectual?) the flaws here undercut the achievement of previous episodes – especially intricate tragedy of the death of Clara in Face the Raven.

All the same, it’s a beautiful mess. The season finales often disappoint me, and this is no exception (although it’s only this third part I’m criticising). But here my disappointment is due to how much was promised by this season. I don’t mean all the speculation about the hybrid, or the escape from Gallifrey, which turn out to be almost incidental. I mean the quality: this near-flawless season comes within a whisker of equalling my favourite (season 32, since you ask) and this is a better finale than that had. So count me a happy fan – indeed, with less than three weeks’ gap between this and the next episode – a very happy fan.