Enthused by Jodie Whittaker as the Doctor, Mr N asked me which episodes of Doctor Who he should watch? He’s working his way back through Capaldi, but, overwhelmed by the prospect of the 800 previous episodes he wanted a bit of a pointer for where else to look. 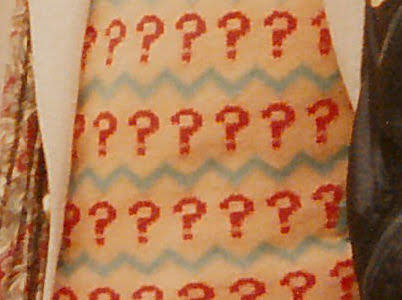 Of course, once I get started, the danger is I’m not going to be able to help myself recommending watching a few hundred episodes, which isn’t much more help. So I’ve tried to give a strictly limited, but varied selection, intended as a tasting menu for the new Doctor Who fan who wants to dip into the show’s extraordinary and multifarious past, discover some of its different styles and themes, meet some of the regular adversaries and allies of the Doctor, and in so doing see what tickles his fancy.

And maybe, if that’s also you, you’ll see what tickles yours.

Why not start at the beginning? Especially when the beginning is a quite extraordinary 25 minutes of television. It’s not, in fact, the first Doctor Who ever made – a pilot was shot but a few important changes were made to create this amazingly evocative and exciting mystery in a junk yard. “Have you ever thought what it’s like to be wanderers in the fourth dimension? Have you?”

This is nominally part 1 of a multi-part serial (the common format for Doctor Who’s first 26 years) but you don’t need to watch the rest of the story, this stands alone.

And if you enjoyed this beginning, the show regenerates itself with a whole new cast and production team in:

It no co-incidence that for many people, Tom Baker is their Doctor, since he did 7 seasons on the show, appearing in 172 episodes. One of his most highly regarded stories is also an origin story for the Daleks which introduces the memorable eugenicist Davros. So there are three reasons to watch this serial right away.

If you want more Daleks (and some more Davros) try

During the early 1970s, Doctor Who came down to Earth, stranded on the planet, where he worked as a scientific advisor to the military branch dedicated to fighting extra-terrestrial threats – UNIT, which has become a mainstay from Spearhead From Space (see 1. above). The show developed an Avengers-inspired action vibe, and there are several good stories in this era. The Daemons is one of the best, with our regular heroes up against the regular Moriarty to the Doctor’s Holmes: the time-lord known as The Master.

If you want more UNIT try

When being able to travel anywhere in time and space isn’t enough, the show can play with its fiction, or here with fiction itself – traveling into the land of fiction, in a absurd but wonderful story that is only enhanced by the happy accident of a key actor being indisposed, because of the imaginative solution it generated.

The ability to time-travel is part of the basic premise of Doctor Who, but for years it was just used as a means to get our heroes to a time and place, rarely as part of the story. In Blink time travel is an essential weapon of the antagonists, and integral to the paradoxical way the Doctor helps defeat them  (although he actually features little in this story, whose real star is Carey Mulligan).

I’m going to leave it there because that’s enough to get you started, even though I’m looking at these stories and thinking – well, these are good, but what about the Cybermen (Tomb of the Cybermen), Gallifrey (The War Games, The Deadly Assassin), the historicals (The Aztecs), horror (The Web of Fear, Midnight) or the political thrillers (The Enemy of the World, The Caves of Androzani)?  What, for that matter, about The Sea Devils, The Talons of Weng Chiang, Robots of Death, The Horror of Fang Rock, The Keeper of Traken, Kinda,  Battlefield, The Empty Child/The Doctor Dances, The Girl in the Fireplace, or … plenty more good stuff. But you’ve got to start somewhere, and everyone is going to have their own favourites.