We read this in my book group. The marriage of the title is of a young black couple, Roy and Celestial. Roy is wrongly convicted of rape, and the story describes the growing gulf created between them as their young marriage is tested by their enforced separation, and Roy’s entirely understandable resentment at his circumstances and his perhaps less forgivable resentment towards Celestial. 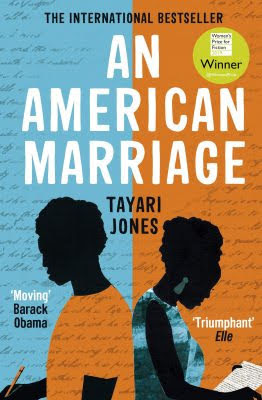 The sheer arbitrariness of Roy’s arrest is powerful and shocking – our protagonists are middle class, young and hopeful and none of this saves them from a racist system. There’s a potentially interesting theme in the code Roy feels he needs to follow, in terms of what it means to be successful and honourable in the eyes of his family and his peers – and, to some extent this applies to Celestial. This did feel underdeveloped, to me, though – and since I found the characters fairly unlikeable already, this made it particularly hard to empathise with their destructive behaviour – or their self-righteousness.

Ultimately the narrative delivers on its premise – that when someone is hurt, they will hurt someone else… it’s a well plotted, well-written and readable. But since so much depends on the self-destructive reactions of the emotionally immature characters, even though you feel sympathy for them in a situation created by an injustice they have no control over, it’s hard to feel engaged by the story.

“We believed we could talk this out, reasoning our way through this. But someone was going to pay for what happened to Roy, just as Roy paid for what happened to that woman. Someone always pays. Bullet don’t have nobody’s name on it, that’s what people say. I think the same is true for vengeance. Maybe even for love. It’s out there, random and deadly, like a tornado.”