I’ve enjoyed Robert Galbraith’s series of London-set private investigator books from the outset, The Cuckoo’s Calling, and in general they have improved as the series has gone on. 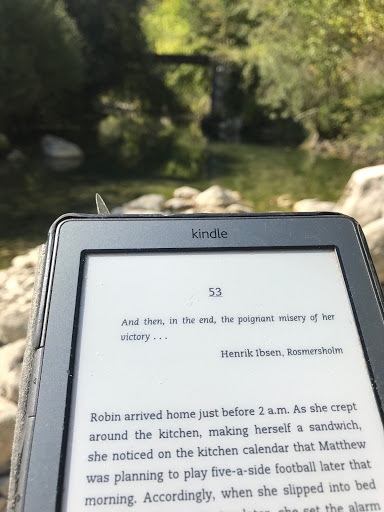 This is the fourth book – further holiday reading for me back in September – and as with the Harry Potter series they get progressively longer. The way Robin navigates the dynamics of her relationship with Strike and her fiancé Matthew is more interesting to me than the ongoing obsession with theme of celebrity – and this book opens with an explosive prologue as the narrative picks up from the ending of Career of Evil with Robin about to get married.

The cliff-hanger resolved, there’s a somewhat abrupt jump forward a year, and the pace then settles down.

The actual case veers into the world of government and politics with Robin embedded in the House of Commons and it kept me turning the pages, just as it keeps Robin and Strike going whilst their private lives fall apart. Robin’s story in particular is painful and frustrating as the context for the slow-burning ruins in which she finds herself are revealed in retrospect from this year jumped over.

The improvement over the last volume is probably in quantity rather than quality, but more Strike can’t be a bad thing, and I’m looking forward to both the next book (Troubled Blood) and – having enjoyed the Holiday Grainger & Tom Burke series – the TV adaptation of this one.