Mary Shelley travelled with the Doctor for years when she was a man (the Doctor, not Mary Shelley) having first met him at the Villa Diodati during a storm in which they reanimated a “corpse”. Or at least, she did if you have listened to the Doctor Who audio plays produced by Big Finish and featuring Paul McGann. 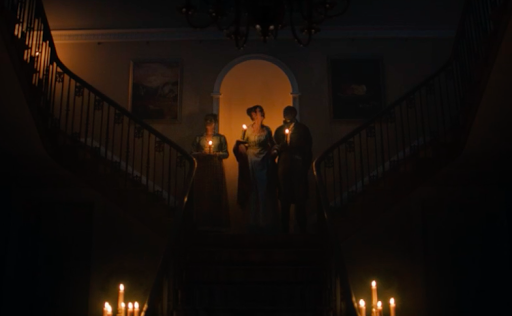 Now for every one Big Finish listener there are something like 2000 people watching the TV show, therefore it’s perfectly proper for the TV show to ditch continuity not established on screen (even more readily than that which is). But I still spent most of my first viewing of this episode trying to fit the two ‘first’ encounters with Shelley together.

This rather spoiled my first viewing, and I was only distracted from my obsessive continuity disorder by the poorly shot sequences in which the house ‘turns against’ its inhabitants, which compare unfavourably with the recursive occlusion of Castrovalva (I did like Poly sleepwalking through the walls, though).

It took a second viewing to appreciate how satisfying and clever this story is.

Listen to our Fusion Patrol podcast episode as Eugene and I discuss whether this is actually part 1 of a three part finale, whether the Doctor has become a consequentialist, and what the implications might be of the Doctor having admitted she considers the ‘fam’ as little more than pets.